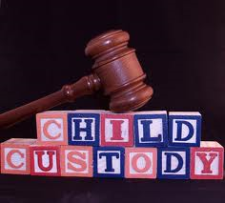 In 2013, Arkansas became the first state in America to pass a shared parenting law that requires judges to consider an approximate and equal division of time in child custody cases.  The state legislatures in Florida (2013) and Minnesota (2012) had recently passed their own form of shared parenting bills, but they were vetoed by their respective governors.  There have been state task forces set up in Connecticut, Maryland, and Massachusetts to study the issues involved in the shared custody models and are to provide their recommendations regarding same.

Advocates of the shared parenting laws stress that children are better served when they spend equal time with each parent and state that polls show the majority of Americans agree with them.  Opponents argue that the shared parenting model puts the interests of the parents before those of the children and they are also concerned about how a mandate of shared custody would affect a judge’s flexibility where equal time would not be logistically possible or when there are issues of substance abuse or family violence involved.

In Georgia, the duty of the judge in all cases involving child custody “shall be to exercise discretion to look to and determine solely what is for the best interest of the child and what will best promote the child’s welfare and happiness and to make his or her award accordingly. O.C.G.A. Section 19-9-3(a)(2).

The current law in Georgia states that “there shall be no presumption in favor of any particular form of custody, legal or physical, nor in favor of either parent. Joint custody may be considered as an alternative form of custody by the judge and the judge at any temporary or permanent hearing may grant sole custody, joint custody, joint legal custody, or joint physical custody as appropriate.”   O.C.G.A. Section 19-9-3(a)(1).

“Joint legal custody” means both parents have equal rights and responsibilities for major decisions concerning the child, including the child’s education, health care, extracurricular activities, and religious training; provided, however, that the judge may designate one parent to have sole power to make certain decisions while both parents retain equal rights and responsibilities for other decisions.  O.C.G.A. Section 19-9-6 (5).

“Joint physical custody” means that physical custody is shared by the parents in such a way as to assure the child of substantially equal time and contact with both parents.  O.C.G.A. Section 19-9-6(6).

“Sole custody” means a person, including, but not limited to, a parent, has been awarded permanent custody of a child by a court order.  Unless otherwise provided by court order, the person awarded sole custody of a child shall have the rights and responsibilities for major decisions concerning the child, including the child’s education, health care, extracurricular activities, and religious training, and the noncustodial parent shall have the right to visitation or parenting time. A person who has not been awarded custody of a child by court order shall not be considered as the sole legal custodian while exercising visitation rights or parenting time.  O.C.G.A. Section 19-9-6(11).

Of course, divorcing parents with minor children in Georgia can always agree on their own as to what is the best custodial arrangement for their minor children, whether it be ‘shared parenting’, ‘joint custody’, or ‘sole custody’.  Divorcing parents can put their agreement in writing in the form of a Parenting Plan to be submitted to the judge for his or her consideration and approval.

If you or someone you know has questions or concerns about child custody, child support, or other divorce-related and family law matters here in Gwinnett County or in the State of Georgia, please do not hesitate to contact Douglas W. Lewis, Attorney at Law, at our Lawrenceville office by phone at 770-682-3765, by email at dlewis@dwlewislaw.com, or visit us at our website at http://dwlewislaw.com/.